"Toxic Assets" is a work of art composed of an installation and a performance made in Verona in a show organized by Sponge Arte Contemporanea Art in Verona on November 11, 2013. 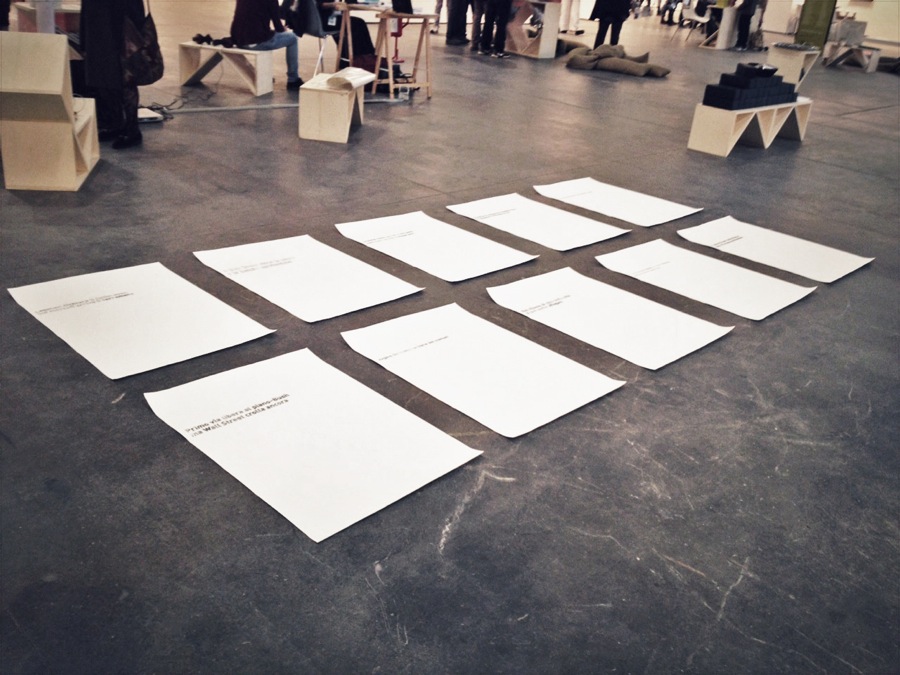 The installation consisted of 10 prints of 100x70 cm in dimension. They were printed as many times as the number of all the headlines appeared on nationwide papers between 2008 and 2011 in which meteorological terms were used to describe the current economic crisis. 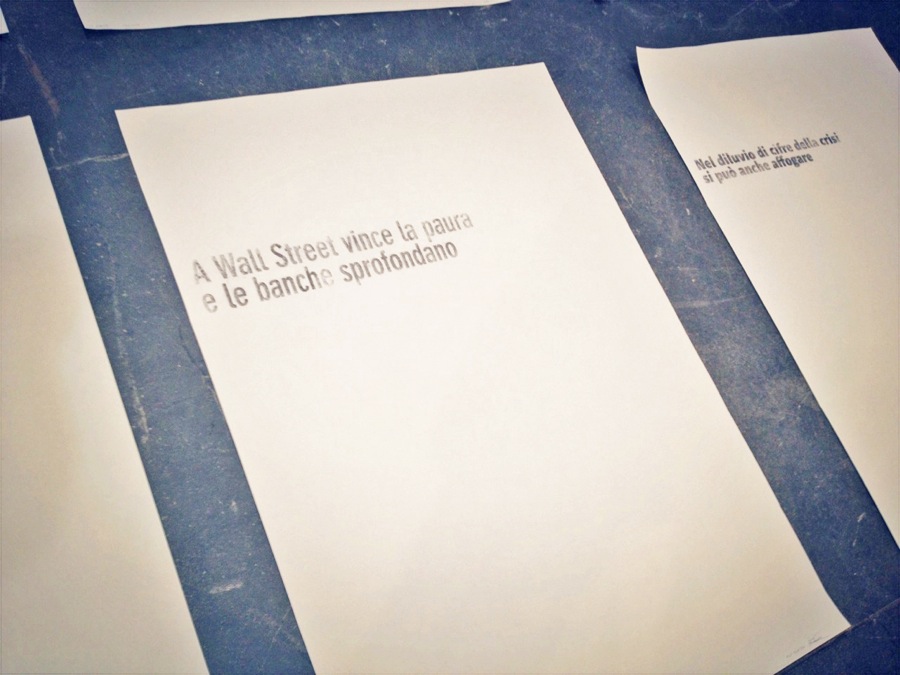 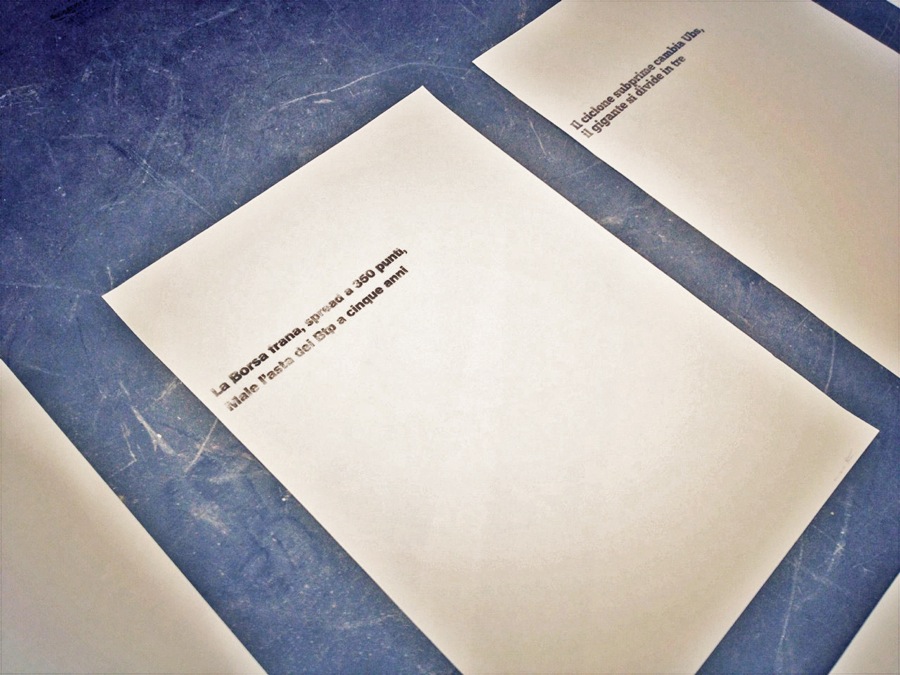