Warning: count(): Parameter must be an array or an object that implements Countable in /home/us4e5uzf/domains/filipporiniolo.it/public_html/templates/gk_photo/html/com_content/article/default.php on line 14

The artist aims to emphasize the connection between what happened in Nicaea in 800 AD. and what distinguishes the use of image in Western culture nowadays; the domination of image over word and the representation of divinity through gold both have their roots in the Council of Nicaea.

In Nicaea Iconodules won over Iconoclasts. The latter forbade the representation of God and Christ, referring to the commandment which prohibits idolatry. Even so, the reasons which made the Iconodules win were two: the fact that Christ had showed himself and the fact that God had drawn his own image (e.g. the Shroud of Turin). If God had drawn his own image, it cannot be wrong and copying it becomes a proper and right act. In a way this victory could be seen as the origin of Western Art History, where image becomes more important than word. This supremacy of the image is pivotal in Trap culture and generally in social network culture, led by Instagram. Deities like money, weapons, sex, drugs, cars and furs are flaunted through various symbols such as luxury brands. This visual approach to narration is deeply rooted in Western culture and it dates back to 786 AD, when, during the second Council of Nicaea, it became possible to represent God through images, an element which defines one of the main differences between Christianity and Judaism. Unlike other monotheistic religions, the Western God showed himself. The research method with which Filippo Riniolo represents contemporaneity is to immerse himself in the past to provide interpretations that involve the present. In this particular case, the question is to identify Trap culture’s iconic roots, in order to understand the “cultural” elements of the phenomenon, without making disparaging premature judgments. Trap as a metaphor of the spectacular contemporary polytheism; sex, success, money, drugs are the gods of our time. The ministers of these gods use these instruments, making them eternal symbols, and on the altar/stage they make the faithful ecstatic. The artworks-icons created by the artist are panels treated with the ancient Byzantine technique of egg tempera with gold leaves, a technique which the artist learnt in Istanbul, during a four-month artistic residence. 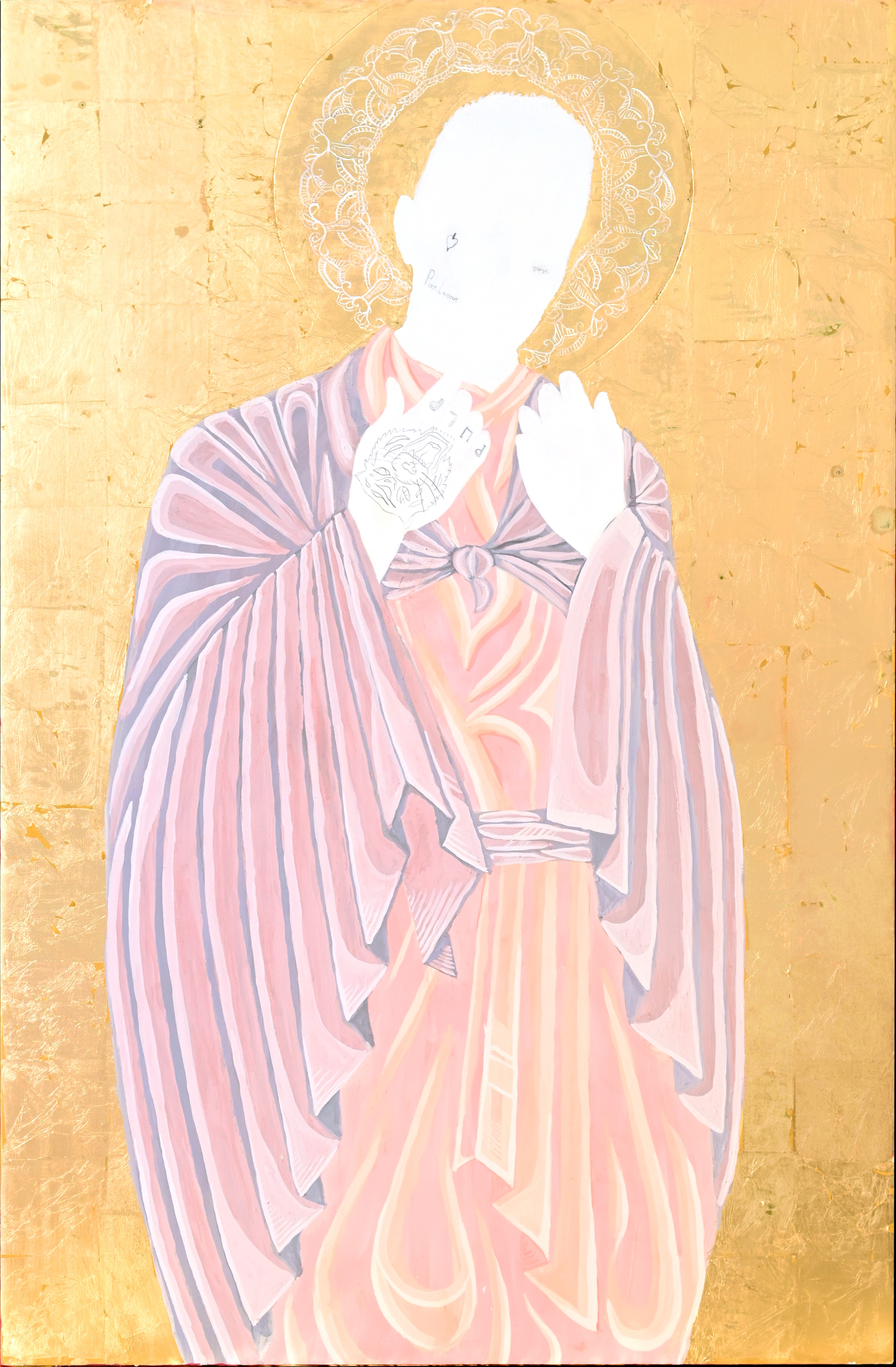 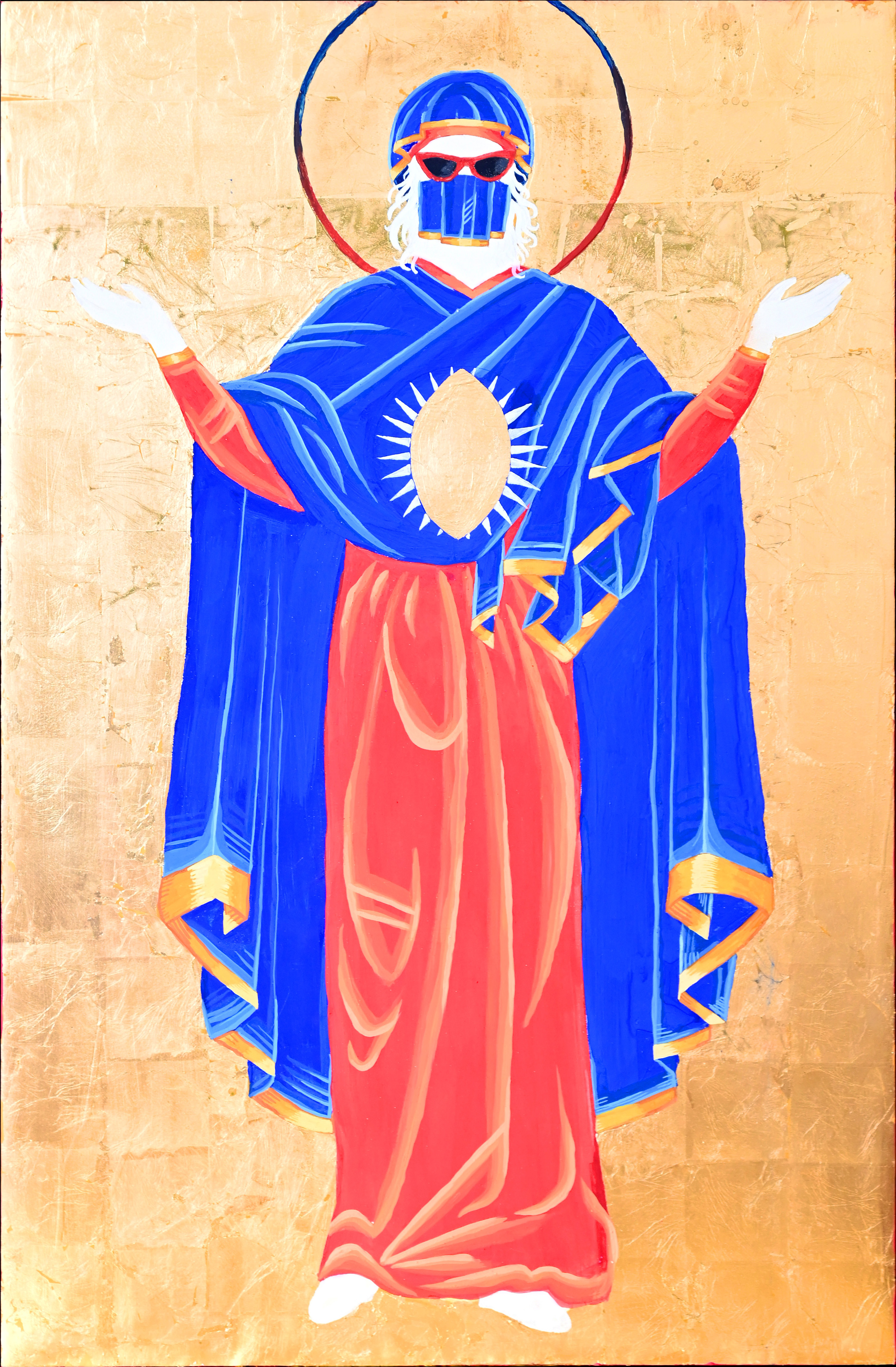 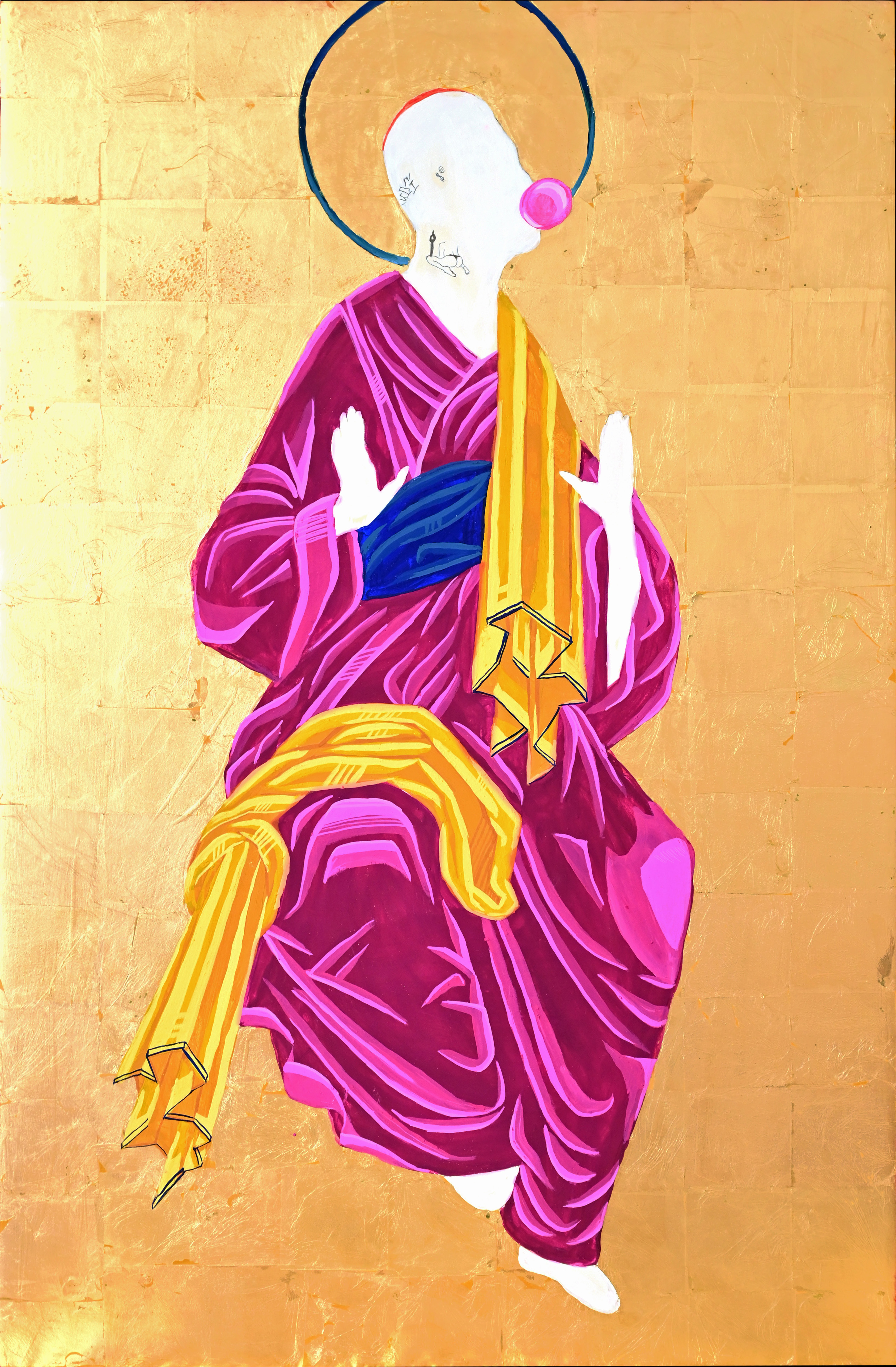 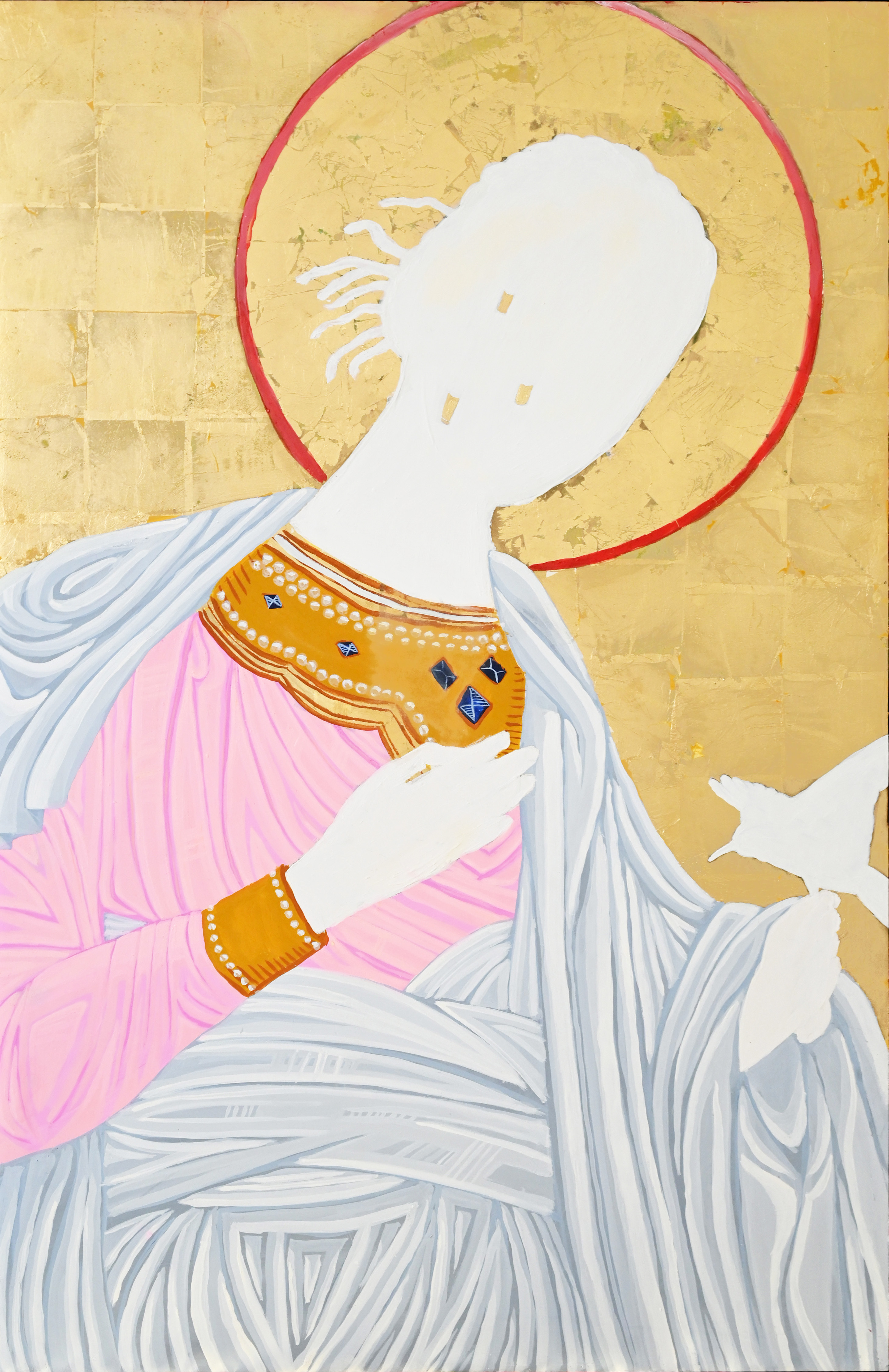 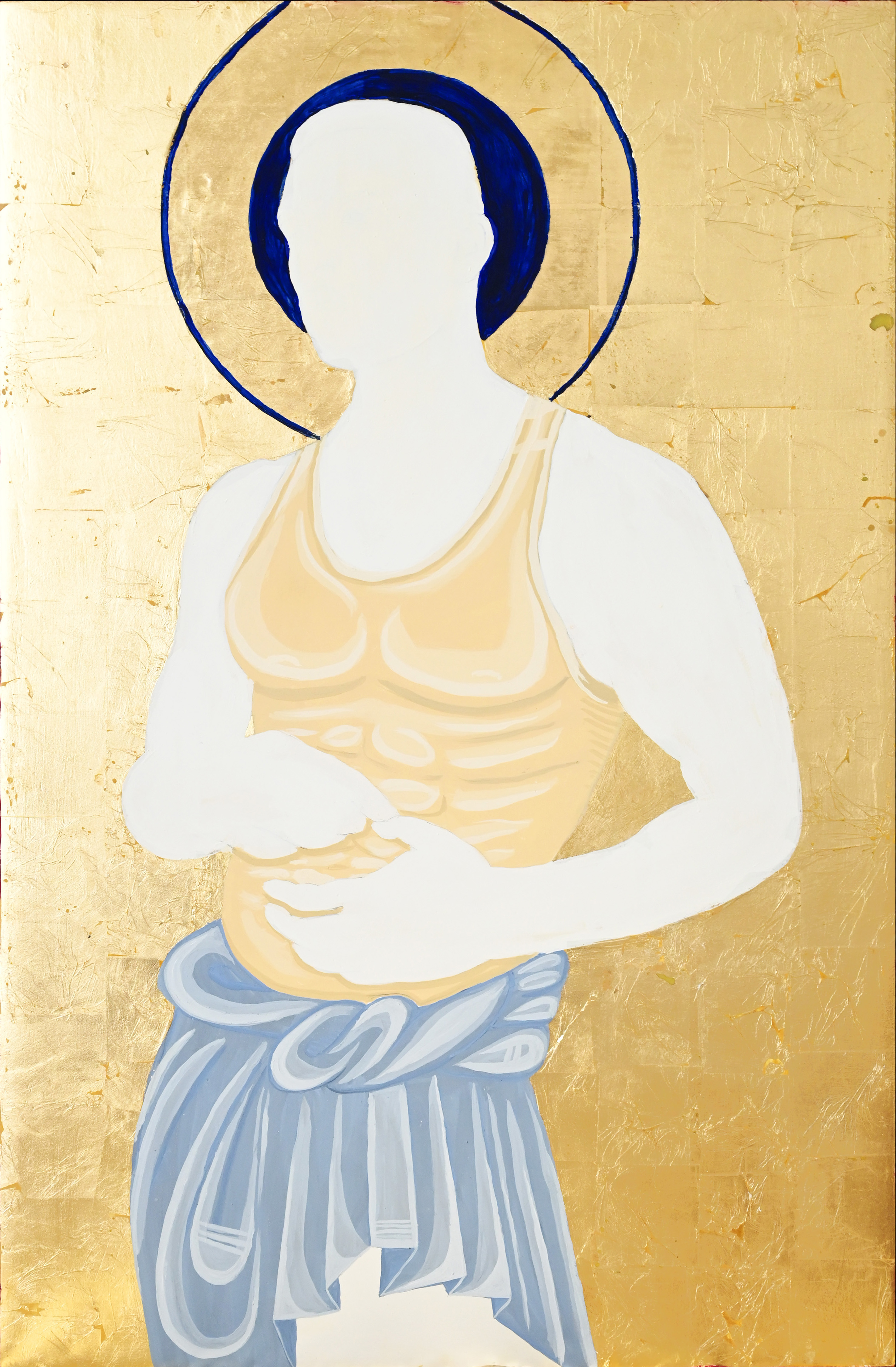